Don’t Tell Comedy needed multiple custom emails for their customers. My job was to code and test them, mainly for Gmail and IOS mail client. I haven’t touched HTML emails in a while, but I thought I’d take on the job since I had good experience with Foundation for Emails/Inky. Using that, I was able to deliver the emails in a decent time frame.

So far, this campaign has had 3 emails. One for a receipt, one for post-show, and one for the show reveal 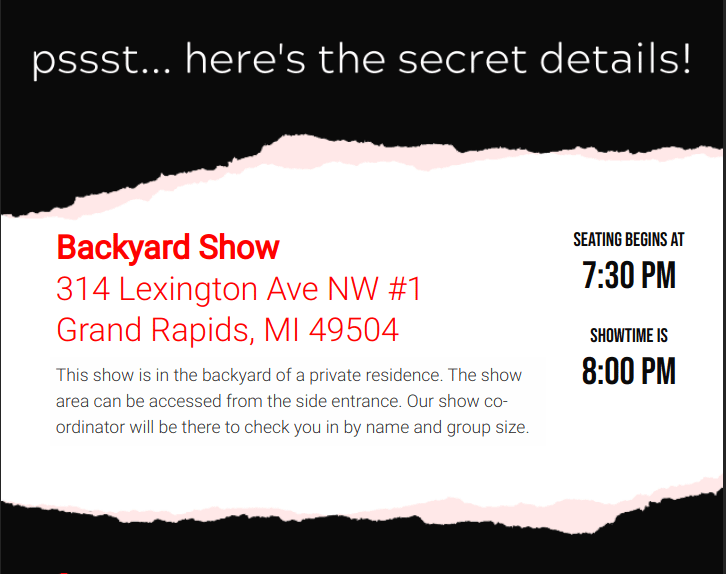 The reveal email included a custom ticket tear background and a basic description of the show. 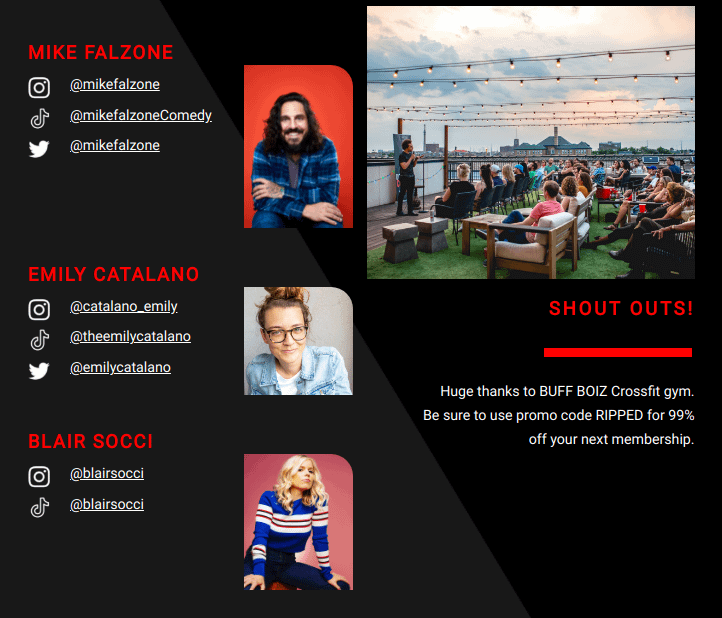 The post show email gave information based on the show the user attended. This email had to account for varying amounts of comedian data

The Inky framework uses a build process that converts special markup to the table layouts that are needed for most email clients. This lets me build layouts that would normally take hours and hours of tedious formatting in much less time. As far as the styles go, those are very straightforward, though my styling choices were limited.

Once the emails were built out, the outputted HTML was made into a Django template where data was looped through. Overall, the process was simple it just required tweaks and testing throughout the process.

HTML emails don’t support much, so basic CSS and HTML was all that was needed. Inky allows for SCSS, so I did utilize it.